I have been in the retail/customer service gig for over 30 years now. Yup…30 years. I have sold everything from lingerie to sports cars, hairspray to stilettos. In every sales arena, there has always been two commonalities, the customer and their perceived attitude. Over the years, a combination of experience and maturity led me to the conclusion that not everything and everyone are as they seem. That attitudes and opinions are often taken the wrong way or taken too personally. There is always something else going on behind the scenes. I had a few experiences yesterday with customers that led me to today’s blog. Take it as a reminder to not take the views of others, their words or actions personally.

I asked a woman if I could help her, if she was finding what she was looking for. She didn’t answer me, didn’t even look at me. I let her be and returned a few moments later when I saw her walking around in a pair of pumps she had chosen. I asked her how the fit was, if they were comfortable. She looked up at me and shrugged. I saw the size she was from the shoe box on the floor and went and found some similar styles. I brought them to her and asked if she liked any of them. She looked at them, then at me and told me she didn’t want to buy shoes but had to because she was going to her father’s funeral.

A man came up to me, quite agitated. He was looking for shoes for his mother. He didn’t know her size and was embarrassed that all he had to go on was his tracing of her foot on a piece of paper. I showed him a few styles that might work for her and offered some slipper styles too. He said “Only shoes! She will only wear shoes!”. Then he let out a huge sigh and apologized for raising his voice. His mother has Alzheimers and it had been a rough week.

A woman came up to me and asked me my name. I told her “My name is Sara”. She said “Okay, good to know.”. I asked her if she needed my help. She told me no. For the next few minutes I kept seeing her trying to catch my eye and when she did, she looked away. I saw she had different styles of sandals in her hand. I went over, asked for her shoe size and showed her the chairs we had available. I told her she could have a seat and would bring over the sandals for her to try. When I brought over the sandals, she stayed pretty quiet. I noticed she was struggling to do up the back strap, so I offered to help her. She looked up at me and said “That would be great. I am not having a good day”. Over the course of our conversion and trying on multiple styles of sandals, I came to find out she had many medical issues that affected her balance and her gait (her manner of walking). She also apologized for not speaking a lot at first, for she has anxiety buying shoes – she knows people are looking at her and she knows she will need help putting on shoes. All she ever wants is to feel normal and have shoes that a woman in her 40’s would wear, and not have to settle for the same shoes as her grandmother. Long story short, I found her two pairs of sandals that gave her great support and an even stride and that I would wear. As she was leaving, the woman that came in looking at the floor and hardly speaking was beaming and telling me how happy she was, she gave me a hug and told me that now she feels she can play tag with 3 year old at the park.

Maybe it’s the new moon. Maybe something’s in retrograde. All I know is that in less than 9 hours I spoke with people dealing with a loss of a child, a loss of a parent, having to put a parent in long term care, a loss of physical abilities, a loss of a job. At first they came across cold and abrupt, and honestly, dealing with those issues, who wouldn’t? I just let them be them and kept trying. Shower them with kindness, sooner or later, the wall comes down.

The purpose for today’s blog isn’t only sales related. It’s life related. You never know what another person is going through. It’s hard not to take opinions and attitudes personally, this I know too well. You gotta try to remember, it’s not about you. If you take the time to delve a little deeper, you may end up bringing a little light into another’s dark day. 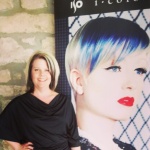 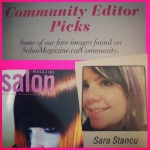 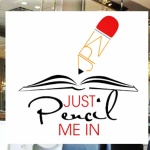